Everything you need in one country – Nicaragua

Nicaragua is unexplored treasure in Central America. Nicaragua has a lot to offer. Mountains, volcanos, beaches, islands, antique cities, lakes.. Above that, is very cheap. The balance of not explored and touristic is perfect. Is easy to talk to locals who have never seen anybody from Europe, on the other hand, you can meet other travelers without any problems.

All Pacific cost is the most crowded part of Nicaragua. It has awesome vibes – you can surf, swim, dive, snorkel, play volleyball, football, tan, go fishing whatever you want. There is plenty of beaches for all tastes – virgin or full of people. You need months to explore all of them. Like my friend Toubi, who has been living, partying, working, enjoying Nicaragua for about 4 months.

I felt literally like Alice in Wonderland. Nicaragua simply has everything – mountains, lakes, beaches, volcanos, canyons..

Nicaragua was the first Central American country which was visibly cheaper than the Czech Republic. I will never forget one of the most delicious street burger for one dollar. Beer Toña or Victoria costs 1 dollar. Foodº is cheap – what else really matter, right? Everything is much cheaper than the neighbour Costa Rica, even a cheaper than Honduras.

The roads are in relatively good conditions, so you can move pretty fast. Transport is cheap and there are tons of bus going every hour.

I guess the longest I waited in Nicaragua was around five minutes. People are super curious, kind and helpful. I felt 99 %t save.

Please, don’t misunderstand me if I say safety. I mean that statistically, Nicaragua is the safest country in the whole Central America. Paradox is, it was the only country where something happened during my travels. My passport was stolen. You can read about it here.  Nonetheless, it might happend everywhere. In general, Nicaragua really seems safer than Honduras or Guatemala. 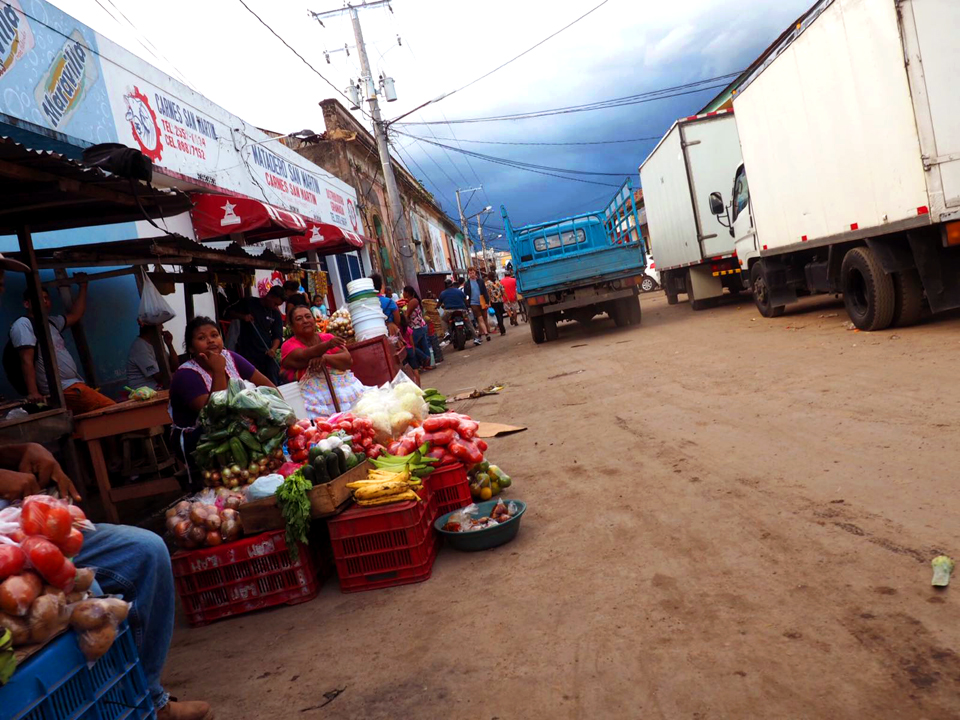 One of the biggest reason why I love Nicaragua. Two volcanos, nice views, waterfall, locals, chocolate farms, coffee farms, lake around, cool atmosphere, warm weather. Ometepe is the biggest island located in the lake in the inner land in the world. This place is magical. You can do a ton of activates there.

Probably, the biggest and the most known party spot between Mexico and Colombia. San Juan del Sur is very popular for its Sunday Funday. Sunday Funday is basically pub crawl between hostels. It starts around 11am and people continue until next day. It looks like the huge Americans parties, where people jump into a pool, squirt alcohol, take drugs, have sex, and fall asleep on the street. It is a little bit overprized, because you only receive a t-shirt and the privilege of entrance for 30 dollars. But once in life, it is worthy.

Other reason why I love Nicaragua, is that “Nicos,” are very humble and warm-hearted people. If you are lost on the street, they give you advice, they invite you to food, they try to help you. At the beginning, they might be a little bit shy, but they are always willing to help you out. All Nicos were extremely hospitable! One of the best reason why I love Nicaragua.

Why don´t we have more volcanos in Europe? Volcanos are so cool. Nicaragua is full of them. You can hike the volcano, camp on the volcano, snowboard on the volcano, see the lava… Volcano Madera on Ometepe was a definitely one of highlights of my trip. Go up takes 4 hours and you can see monkeys, coffee and cacao plantages. During the hike the trees and plants change every few meters as the altitude change. Almost at the end, you have to literally climb the wet stones and tackle with a looooooooooooot of mud.

Since San Cristobal de las Casas in México it was first a reeeeeally beautiful city, with incredible nature around. Volcano Mombacho, a lots of little islands around with monkeys, Lagoon de Apoyo and more.

Super cute very small islands close from Granada. You can observe monkeys or tens of different species around there. 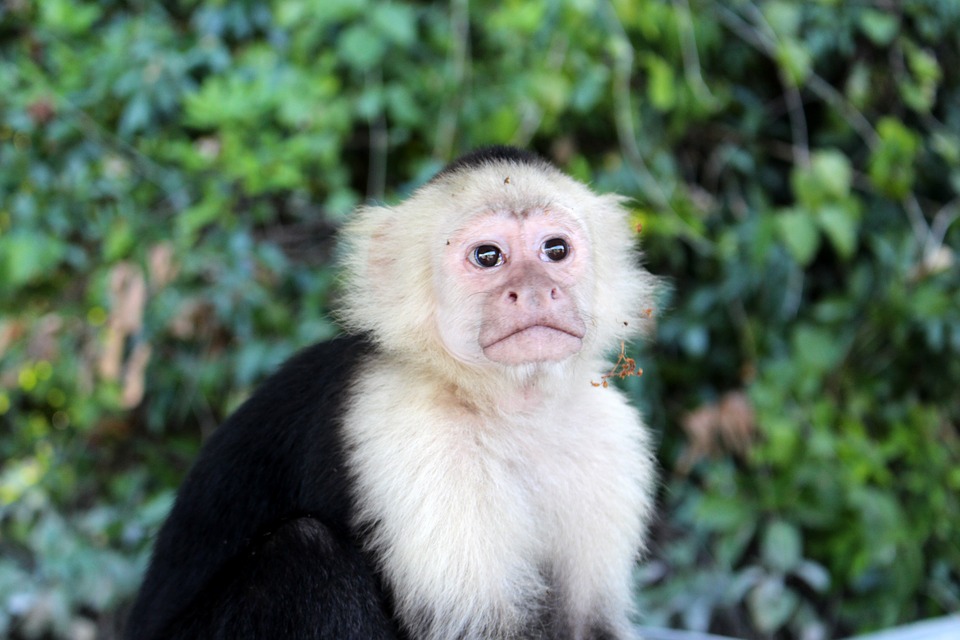 Really cheap and delicious rum which comes originally from Nicaragua. The cherry on the top? You don´t have so strong hangover next morning.

I would say that fine people are going to Costa Rica, but cool people are traveling to Nicaragua. Costa Rica it´s just a patio for rich people who want to see stunning nature. Nicaragua has marvelous nature as well, but people don´t drive new cars 4×4. Do you want something really authentic? Go to Nicaragua. 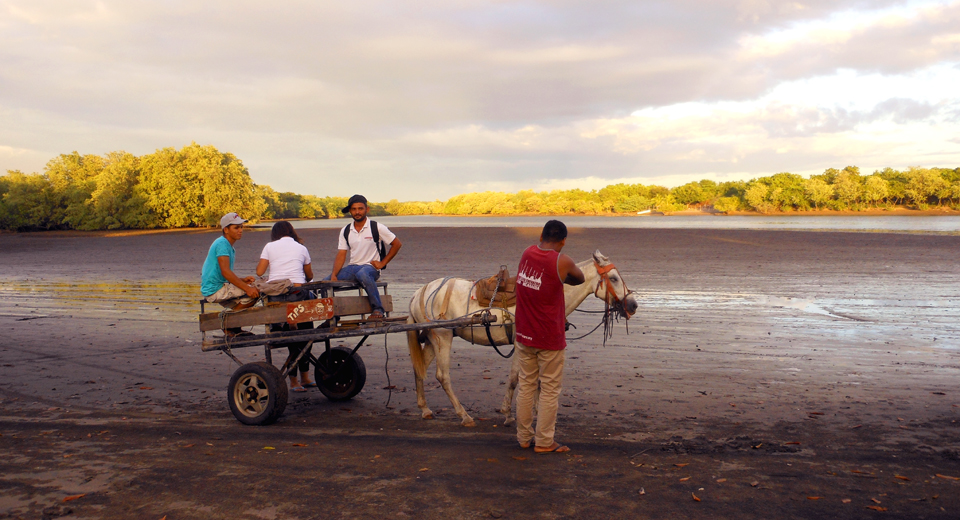 Nicaragua has also Carribean side where resides these small Islands. Corn Islands are two island which one of them is bigger and the second one is smaller. You can easily buy an open ticket from Managua to Corn Islands.

Imagine street in the city center where people drive car and next to them are people riding a horse and both wait for the green light on semaphore. Let´s say León is not so beautiful as Granada in architecture, but that its magic.

My rule is that I never book any accommodation – in order to be flexible and be able to change my plans from day to day and second to second. Nicaragua has super nice hostels for reasonable prices. If you want to help you with hostels, let me know!

On the Pacific coast you can relatively easily see whales! It was my first time when I saw whales and it was overwhelming!

Have you ever been to Nicaragua? What did you like the most? Or would you like to know more about specific thing in Nicaragua? Let me comment or text me!