Stolen passport – the biggest nightmare of traveler. What to do when you missing your passport in foreign country? How my passport was stolen? What you should do when your embassy is not in the country? Don’t worry, everything has a solution! Read my article about my story how I obtained a new passport and continued travelling the world!

I always took care about my passport and at a short I didn’t care, it was stolen. My situation was quite delicate. My only embassy, embassy of the Czech Republic for all the Central America is situated in Mexico. It means, countries like Guatemala, Belize, El Salvador, Honduras, Nicaragua, Costa Rica and Panama do not have the right and competency to issue me a new valid digital passport.

How did my passport got stolen?

I was in Granada in Nicaragua in the hostel of the chain Selina’s. Paradoxically, it was one of the most beautiful and most expensive hostel I have stayed in. I didn´t lock my passport. We came into the room, she put the fanny pack under the pillow and we went out to eat. While we were walking in the streets of antique Granada, some local guy entered our room, took the little bag and left. (I saw the surveillance record.) I swear, I couldn’t believe that. Of course, the guy didn’t show up again and I had no chance to get my passport back. Poor guy, in the fanny back was no money, nothing valuable, only mine and my friend’s passport.

This happend on 29th in December. I had to wait until second of January when the embassy started to work again. I was stressed, because I was tolden that I will be send directly to the Czech Republic or in better case to Mexico. Both options would be pretty crappy.

However, I was so lucky. Octaviano Ceasar, a man who works for the Czech consulate called me and said “Girl, you will stay in the hostel until I come- I will negotiate for you with the manager and you will stay in the hostel for free. We will see what we can do with your situation. ” He came on 2nd of January and brought me an emergency passport. He wrote in all necessary information for the embassy and that was. I didn’t even pay anything.

Do you wanna know something ridiculous? He was visibly flirting with me. He was talking about sex, nature, manhood. Seriously, this 75 years old guy was trying to seduce me. :D Life is making fun of us, isn´t? 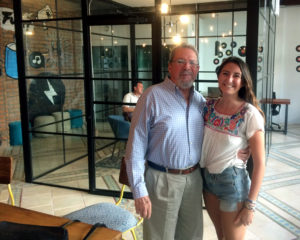 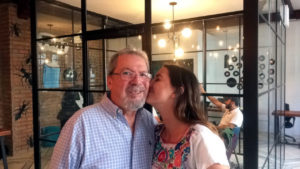 10 Steps how to get a new passport

Surprisingly, the police guys were really trying to help us. I assume it was because we were foreigners. We went to the police station and spent there couple of hours. We weren´t the urgent one. Together with us there were some guys who rapped, robbed and fighted. I was pretty depressed at the moment and I was talking to them like “Uh, what did you do? Why are u sitting here? You robbed somebody, at least right?” I didn´t realize that they were a real criminals.

After approximetly three hours, and one or two marriage proposal from the police, they put us in the police van, together with all the criminals. They started to be really aggresive, shouted, screamed bad words, especially about the mothers of everybody. I had nooo idea what was going on. On the way, the police boss told me we are going to bring the guys to the prison and then us back to the hostel.

How does a prison look like in Nicaragua then?

It is surrounded by A LOT OF rubbish. Apart from that, imagine a cage for dogs in harbor. Well, it is a little big bigger cage 6×6 meters, outside and full of, lets say, 60 people.

Seriously, take care of your passport

Even though, I had an official document which subtitute my passport, nobody really believed me on the border. I had always problems to enter next country. Only because the passport does not have the digital part.

When I was at the airport  about to take my flight to Colombia I was tolden: „I am sorry miss Lenka, but unfortunately you are now allowed to go to Colombia.” I talked to the boss and the response was the same. I insisted a lot, because I knew my passport is legally valid. The problem was, my emergency passport is made out of a paper, there is nothing electronical. Looks pretty cool, uh?  Honestly, the stress was terrible.

Everything happen for a reson

My first day in Bogotá, I got the chance to meet a man who works on the Czech embassy here in Colombia. Two weeks later, I received invitation to a party in the house of Czech ambassador here in Bogotá. I met extremely interesting people – sister of Jan Kraus, who is something like Oprah Winfrey in the Czech Republic, journalists, soldiers, ambassadors, businessmen. After 7 months I had a real czech food and beer. It was something incredible. I could talk in my beautiful language, I met people I would not normally have the  chance to meet, I ate delicious czech food. I got an offer to help organize a czech week at one local colombian university together with a czech embassy. Everything is super interesting and I can learn and observe a lot! So, it sounds like a cliché, but yes, everything happen for a reason.

If something bad or sad occur in your life, don´t forget to be aware of the fact that the future is always bright! 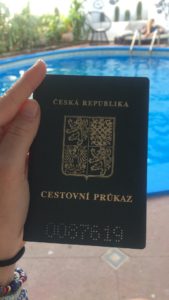 Have you ever experienced being in a foreign country without your passport? What did you do? How long did you wait?